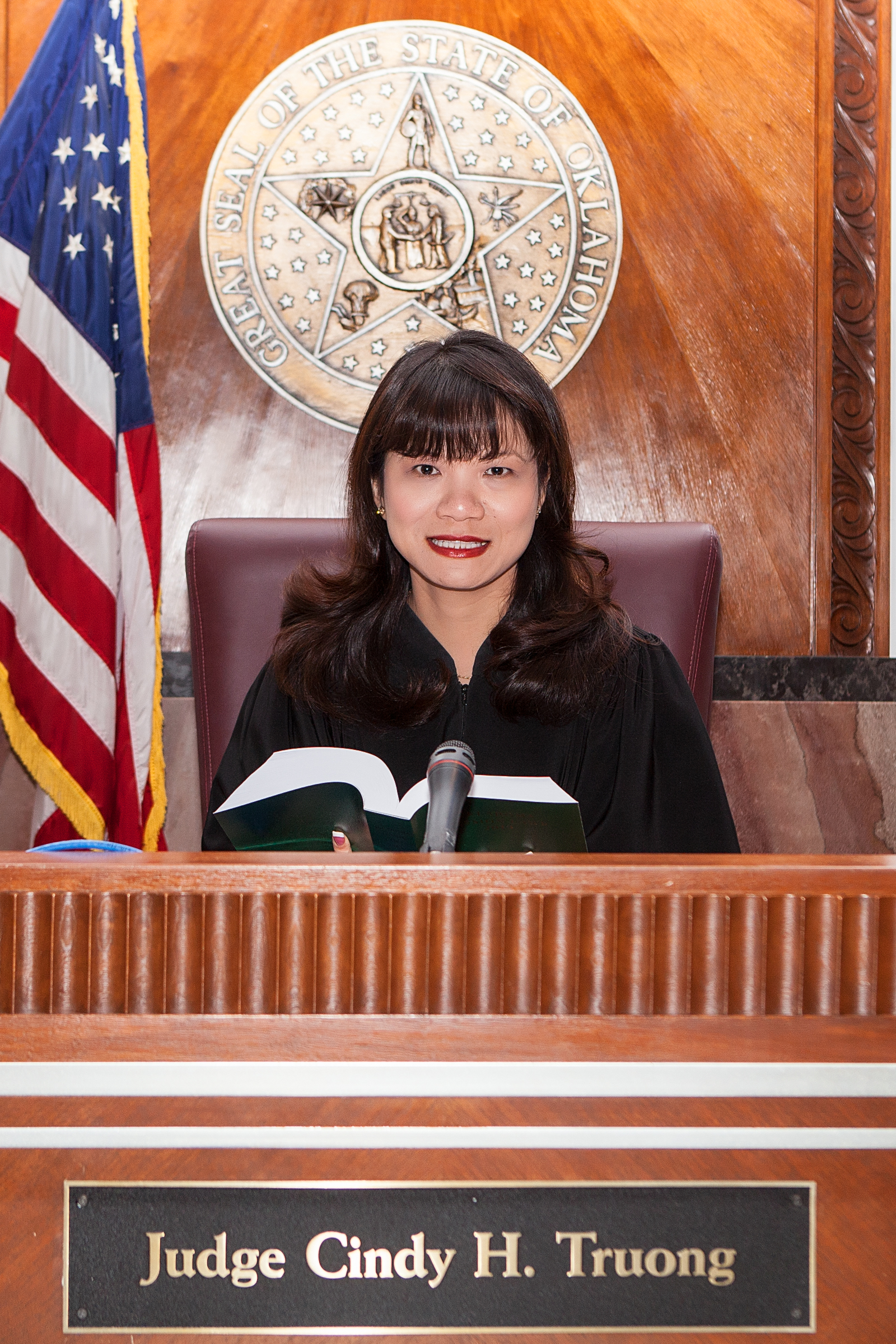 She is the District Judge of Office #7 of the Oklahoma County District Court. Judge Truong was sworn into office and began presiding on January 15, 2011.

Judge Truong received a Bachelor of Science Degree in Economics from Oklahoma State University in only three years while also working in the family business. She earned her Juris Doctorate from Oklahoma City University School of Law in 2001.

Prior to taking the Bench, Judge Truong served the public as a Criminal Prosecutor in the Oklahoma County District Attorney’s office for 10 years. She was responsible for the prosecution of cases that included Death Penalty Murder cases, rape, robbery and drug trafficking. She has tried over 50 jury trials to a verdict.

Currently, Judge Truong is assigned to a Criminal Felony Crime Docket.  She has presided over 102 criminal jury trials.   She is a board member of the Oklahoma Supreme Court Board of Court Interpreters appointed by then-Chief Justice Colbert, and she is also a Member of Court on the Judiciary—Trial Division.