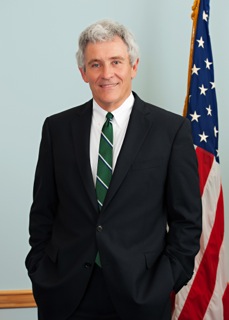 “Negotiation: The Leader’s Most Ignored and Most Critical Skill”

Kim D. Parrish is a judge and law professor in Oklahoma City. A former prosecutor and practicing attorney, he holds degrees from Oklahoma State University, the Oklahoma City University School of Law, and Harvard University’s John F. Kennedy School of Government. He is the co-editor of The Harvard Guide to Influential Books, and author of the national award-wining Cowboy Up-John Smith Leads the Legendary Oklahoma State Cowboys To Their Greatest Season Ever.

Judge Parrish has taught, written and practiced in the areas of negotiation, mediation, dispute resolution and public diplomacy for over thirty years. He also serves as a lead instructor for incoming federal administrative law judges, and has spoken in numerous continuing professional programs in the area judicial administration throughout his career.